I just wanted to share my experience that I've had so far with Dave from HeadGames Motorworks along with a small review.

I originally contacted Dave thru facebook who promptly returned my message and took the time to answer several questions I had and then told me to call him so he could answer any other questions I had.

After I gave him a call he took the time to listen to my questions and come up with a game plan for my heads that were going to be for a daily driver that will be shooting for the 400 whp range in the future. Since it's for a daily driver and I'm building for reliability we decided on running stainless retainers instead of titanium along with a new set of valve guides, GSC valves, Crower Springs and pocket port service during the rebuild.

He mailed shipping boxes with a free one way shipping label and then did a head inspection when the heads made it to his shop. During the inspection I had the bad news of finding out my cam buckets needed to be replaced and Dave sold me the new buckets at his cost saving me some extra cash.

He also was kind enough to send me some pics of the heads on the mill before the valve reassembly and then shipped the heads off which I'm now patiently waiting for since his shop is on the east coast and I reside on the west coast.

Overall I'm very happy with making the decision of going with HeadGames Motorworks for my heads rebuild since I was provided with great customer service and know I will have heads built for reliability by one of the top head shops in the states. 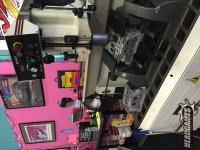 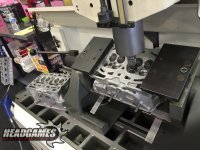 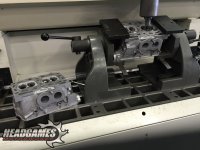 I'll post some more pics when I receive the heads from UPS.

Staff member
Thanks for taking the time to review them. Its nice to still see companies that care.

Ask us how to become a Lifetime Platinum Member today!
“If one day, the speed kills me, do not cry because I was smiling.” ​

IGOTASTi.COM said:
Thanks for taking the time to review them. Its nice to still see companies that care.

Ask us how to become a Lifetime Platinum Member today!
Click to expand...

Your welcome and yes Daves customer service is pretty extraordinary considering he took the time to chat multiple times with me when these guys are use to building heads for race teams.

I'll just be a built motor still on a stock turbo wating for the day i get a larger turbo LOL.

The cheetah print tape is sexy.

This is the before picture so you know what they had to work with.

A goal is not always meant to be reached, it often serves simply as something to aim at. (Bruce Lee)
You must log in or register to reply here.

V
No sound and smoke coming out of my tail pipes HELP!